Born in Nairobi, Kenya in 1954, Philippa Gregory later moved to Bristol, England. She has been publishing historical fiction since 1987, most especially stories set within England’s Tudor period. Her best-known work is most likely The Other Boleyn Girl, which won the 2002 Romantic Novel of the Year Award from the Romantic Novelists’ Association and has since been adapted into two separate films. In her work, she champions the stories of women found out of the royal spotlight, transforming them into powerful characters in their own right. 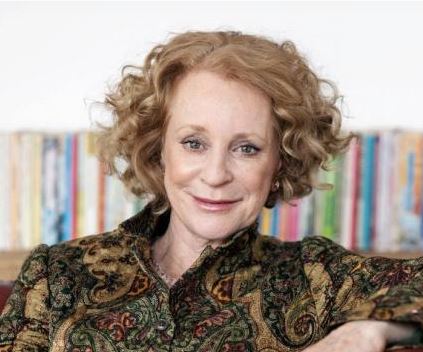 Gregory earned a bachelor’s degree at the University of Sussex, where she majored in history. She took a couple of years off from school to work as a journalist at the British Broadcasting Corporation (BBC) then enrolled for graduate work at the University of Edinburgh in Scotland, where she majored in eighteenth-century literature. While working on her doctorate, she wrote her first novel, Wideacre, released in 1987. Since the success of that book, Gregory has written 20 adult novels and six children’s stories and regularly contributes to newspapers and magazines of essays, as well as writing book reviews and short stories. “Even now,” she says, “I am still rather surprised to see the course my career has taken, and am very happy with it.”

As a historical writer, Gregory feels that her days as a journalist have served her well. In that position, you have to sit down and write, day in and day out, whether you want to or not. It develops a discipline for putting in the hard work. She also feels that journalism taught her how to ask the awkward questions, ones that others are not willing to broach. She says, “In almost any circumstances I always ask ‘but how did it get like this? How did it start?’” That invariably leads her on the trail of the story that is begging to be told.

Gregory’s stories have always come to her while she was engaged in other things – they kind of “suggest themselves” as she learns something interesting about a historical individual’s background or personality, and then she delves headfirst into the research. As a great number of her books involve the Tudors (including The Queen’s Fool (2003), The Virgin’s Lover (2004), The Constant Princess (2005), The Boleyn Inheritance (2006), and The Other Queen (2008)), and since the Tudors have an enormous collection of histories written about them, a great deal of her research is book-based. Particularly important are the volumes that came out of the Victorian period, as many of the historians during that time looked at aspects of the people’s lives that modern historians tend to neglect.

Gregory also travels to the locations in which her books are set, to get a “feel” for the time and place, and, in addition, she reads up on the specialized history of the period, such as agriculture, transportation, and currency, “all those things that the reader should not know that I have researched, but they should feel at home in the detail of the Tudor world.”

How she conducts research today (as do all of us) is quite a bit different from how she conducted research back when she was a PhD student. Today, many of the state documents from her chosen era have been transcribed and published, and that means you need look no further than the internet. “For someone so completely dependent on the written word,” she remarks, “it’s so transformational and extraordinary.” While working on her PhD, if she was looking for something from a catalogue library, she’d have to get into her car and drive to wherever it was being held. Or if she wanted to read something held in the Cambridge library system, for example, “you had to apply for an inter-library loan and wait for it to be approved before you would be allowed to read it.” Now a few clicks of a mouse can take her where she wants to go.

As for her writing style, she enjoys using the first person narrative because “I think it gets the reader into the head of the character; it’s a very immediate style.” And she firmly believes that if you’re writing historical fiction, at least half of your time should be spent on the research, since the honest basis for your fiction is of paramount importance. “Always write the very best you can about the things that you feel passionate about,” she comments, and she is very passionate about history. That passion not only comes through in the quality of her books, but also in the passionate response of her widespread readership, not the least of which shows up in large numbers of book clubs. She’s convinced that her career became what it is today because of book clubs scattered around the country. Passing from one reader to another, from one group to another, readers generated an enormous buzz about a relatively small paperback historical novel and turned it into a publishing phenomenon. The clubs also gave her direct reader response to her work, something every writer hopes for – it’s the ultimate validation of your work.

Gregory has not been without controversy. In an August 2017 interview with The New York Times, she lashed out at genre novel writers. “Choosing to write a genre novel is like fencing the universe because you are afraid of space,” she commented. “Why does anyone write lazy, sloppy genre novels? The typing alone is so exhausting — surely if you’re going to undertake 150,000 words, you might as well have something interesting to say?” This from the woman who writes historical fiction – a genre itself. And when asked which fictional character she particularly liked, she chose Georgette Heyer’s protagonist Vidal from Devil’s Club. Why is this strange? Because Heyer is the queen of the Regency romance and has remarked: “I ought to be shot for writing such nonsense, but it’s unquestionably good escapist literature.” So Gregory reads “lazy, sloppy” genre writing but can’t condone the writing of it. It’s almost too strange to be believable.[1]

Yet Gregory’s reputation as a great novelist has persevered, and her interest has expanded to include the Plantagenets, the dynasty before the Tudors. But what does she consider her greatest accomplishment? At one point she gave £300 to build a well in a schoolyard in The Gambia, West Africa. It made a market garden from what had been a patch of desert, produced food the children could eat, and provided a surplus the children could sell to raise money for the school. That led her to raise money for 56 additional wells. “It’s a tiny project,” she reflects, “but it has made a tremendous difference to thousands of children. I’m very proud of it.”