[Editor’s note: This post is part of a continuing series on how writers craft words to express their ideas and to connect with readers. The interview with Mr. Bruno was conducted by Miriam Ruff on June 6, 2019, and is divided in two parts. You can read Part 1 here. It has been lightly edited for length and clarity.] 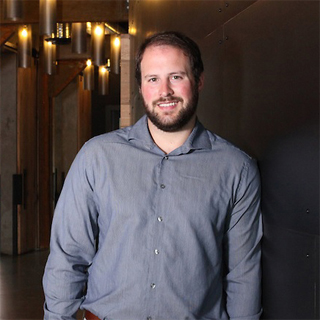 MR: Tell us a little about the different series you’ve worked on, including what you’re doing now. How are they similar, and how are they different?  About how many books are in each? Which is your favorite, and why?

RB: Right now, I’m working on Book 5 in the Buried Goddess Saga and Book 5 in the Children of Titan series. One is Epic Fantasy, the other a sci-fi thriller, so very different! hah. All my Sci-fi so far takes place in a future where earth has been struck by some disaster and we recover and live from there, changing our governments and cultures. Where my Circuit Series really pushes this to fantasy-like extremes, with religious factions and new elements, my Children of Titan series is more grounded. The Circuit is also more of space opera with war and ship battles, where the other series is very character focused and told in the 1st person.

I’d say where they are similar is in the gray morality. These aren’t stories about heroes or good versus evil. They’re about real people surviving in their new worlds. So if you want good vs. evil, this isn’t it ha. My Fantasy Series, The Buried Goddess Saga, is similar in that nobody is purely good and all the characters are flawed, but there is very clearly an evil presence that must be destroyed. The spin is that it’s a bit more modern in its telling compared to most epic fantasy, with a focus on snappy, modern dialogue.

I can’t say I have a favorite! They’re all different, but falling within my style.

MR: What’s the biggest takeaway you want readers to have from your books?

RB: I mean, in some… I want them to cry hah. But, my books tend to have a lot of themes about the power of connections. Whether it’s a character who hates the world, learning to find a friend, or losing all those he/she loves. It’s the characters who wind up and stay alone that have the roughest go of it. I think as humans we’re meant to find those connections and to revel in them.

Beyond that, I want people to see my worlds beyond black and white. My stories take place in the shades between. Things are often more nuanced than good vs. evil, and sometimes it’s not easy to know who to cheer for.

MR: You’ve had some big news recently with “Interview for the End of the World.” Can you tell us more about that?

RB: I can! That is a short story set in my Children of Titan Universe. It was nominated this year for a Nebula Award. It didn’t win, but I got to fly out to the conference in LA and go to the banquet for SFWA [Editor’s note: Science Fiction Writers of America] members and nominees. It was a great experience and a true honor.

MR: To what do you attribute your current success?

RB: Taking my career into my own hands. Learning the market and studying what sells as well as how to market my books. Even with a publisher, I don’t just sit back and let them work, but try to be involved in helping sell books. That, and a huge focus on audiobooks where my biggest audiences lies. A bit of luck of course. I gained some connections on that side of things purely by chance that have really helped.

MR: Have you thought about teaching writing, or do you do that already? Where and/or at what level?

RB: I’ve thought of maybe doing a creative writing class at a High School or College. If I’m qualified or legally allowed hah. Not sure what degrees may or may not be required. Though, I guess I sort of teach writing as a developmental editor for my publisher Aethon Books.

MR: Where do you see yourself going with your writing in the short-term and the long-term?

RB: Right now, I’m writing and publishing full time. I see me focusing on a new Sci-fi series after my latest two are finished, and hopefully Aethon Books really takes off.

MR: What advice would you give would-be writers?

RB: Seek feedback! Don’t write in a vacuum. You can learn a ton from editors and beta readers, even if you don’t agree. And don’t be complacent. 99% of publishers ask their authors to help with marketing for a reason. It helps. Learn your business as well as you learn your craft. For those authors who have viral success and get famous enough not to have to grind away at marketing, I’m extremely envious. It’s very rare.

For anyone who wants to pursue self-publishing, slow down, research, and plan your releases. Learn how to sell books. The days of throwing a book on Amazon and it randomly selling are done. It’s very rare. You have to treat it like a business.

MR: Anything we haven’t mentioned that you’d like people to know?

RB: I mentioned it a bit, but on top of writing, I also co-run Aethon Books. It’s been a blast helping authors make their dreams come true and our booklist is really growing. I’m extremely proud of the books we’re publishing.

MR: For people interested in finding and reading your work, where should they go?

RB: www.rhettbruno.com. Subscribe to my newsletter if you really want to hear first about my work.